The automobile was first invented in Germany and France in the late 1800s. Americans soon after began to produce many vehicles and Ford, General Motors, and Chrysler emerged as the ‘Big Three’ auto companies by 1920.

Very few of the early settlers could afford a car. There were not many roads and it was often faster to travel by horses, oxen, and wagons. The early vehicles had an open cab and people were not protected from the wind, rain, dust, or cold. 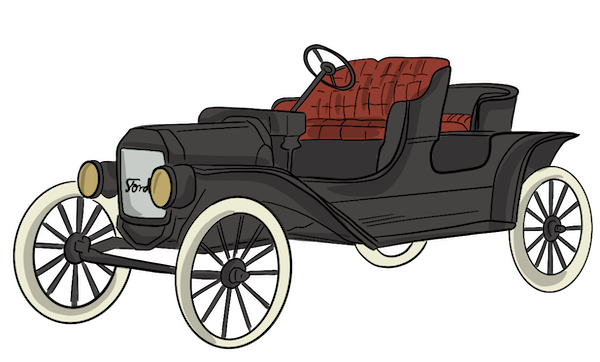 This open-cab Ford car would not protect passengers from the weather.

After the First World War, vehicles became more common. The first generation of car owners in Saskatchewan was made up mostly of farmers. Farmers used their cars for taking product to local markets, getting farm supplies, and traveling to see family. Cars also provided some freedom to the farming families who often lived far from town. This family is taking a photo in front of their car in 1925.

The automobile was able to overcome great distances that previously seemed too far to travel, turning a group of isolated farms into a community. 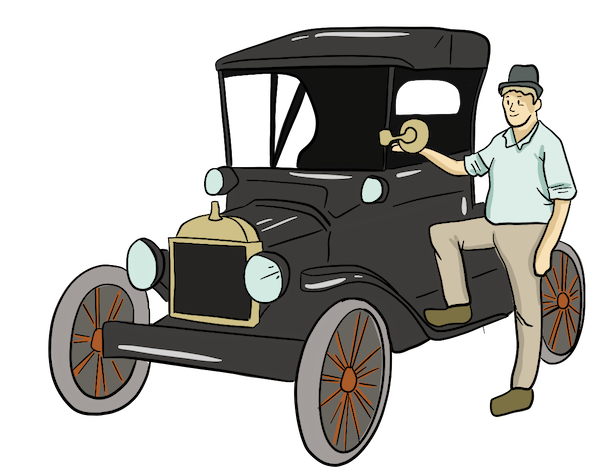 Very few vehicles were used until the First World War because the roads were too rough to travel them with a car.

To meet the growing demand for new cars in Saskatchewan, General Motors opened a manufacturing plant in Regina, SK in 1928. The plant employed 850 people and could produce 150 cars a day. The plant closed in 1930 because of the market crash and the Great Depression. A group of people are riding in an automobile in 1918. 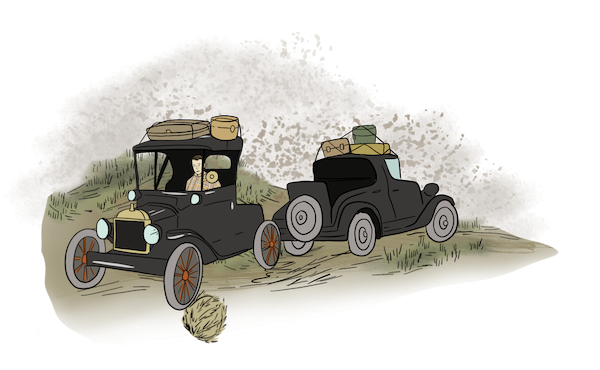 Many businesses shut down during the Great Depression including car manufacturing plants.

Car line manufacturing made the production of cars more efficient so that the price of vehicles could be lower and more affordable for the average person.