When the Canadian Pacific Railway was built in the early 1880s, ranching became more popular because ranchers could sell their products across the country with the help of the railway. Large pieces of land were leased at a low price to encourage ranching. Interest in ranching grew when businessmen saw they could lease land at low prices and ship to many expanding British markets using the railway and ships. Businessmen created large ranching companies to dominate in the Prairies such as Hitchcock and Matador in Saskatchewan.

The train made it easier for ranchers to sell their products.

The railway helped the ranches boom, but it also brought the threat of more settlers coming to the west. In 1892, the government let ranchers know that they had four years before their old leases would be cancelled. Ranchers argued that the land was not able to be used for cereal grain crop farming, and that water supply was important to continue to keep ranching. They convinced the government to keep major springs, rivers, and creek fronts as public stock-water reserves so that ranchers could provide water to their livestock. As a result, the new settlers coming over were unable to settle in areas that would have been the nicest, due to the access to water, because ranchers were already settled there. 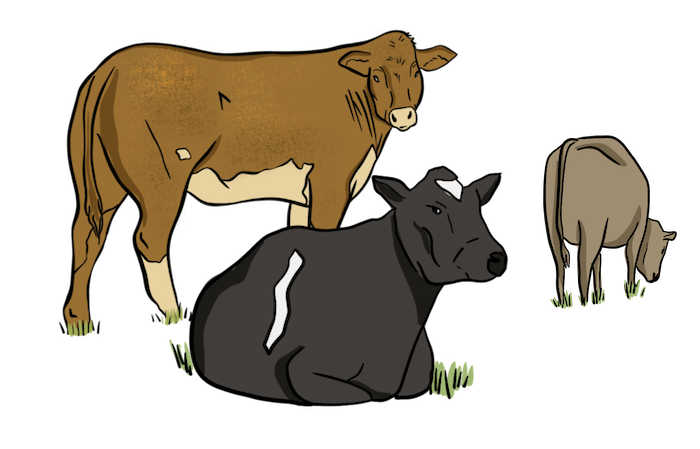 Ranchers need good access to water so they can water their livestock.

In 1986, the government stopped offering the public stock-water reserves for ranchers and was selling this land to settlers. The ranchers pulled together to try fight against the government and they slowed down the settlements. A wall has been built out of straw bales or sod to block the wind from these calves, to help protect them from bad weather.

Farmers enjoyed above-average rainfall in 1906 and 1907, but ranchers faced winter weather challenges. Many new ranchers were not prepared for just how cold the Prairie winters can be. In January of 1907, there was a fierce blizzard that lasted for a few days and many ranchers and their herds died. There was a downfall in ranching due to this particular winter when thousands of livestock were lost.

There was a terrible winter blizzard in 1907 that lasted a few days and thousands of livestock were lost.

World War One improved the conditions for ranchers. The government was supporting ranching again, beef prices were high, and the dry cycle returned causing settlers that were only grain farming to leave the area because of the drought. In the 1930s, a flood caused many more settlers to leave the area. Most ranches survived these challenges and still thrive in the fairly dry regions of Saskatchewan. This large barn was built on a ranch near Grand Coulee, SK in 1920.

This large cattle ranch was built in the early 1900s and they operate a guest house where guests can stay to experience ranch life.