Before moving to Canada, the Doukhobors lived in Russia, but were not able to practice the religion they believed in. The Doukhobors lived and worked with each other in their own villages where they did not practice any kind of violence. They also believed in keeping the number of personal items they owned to a minimum. 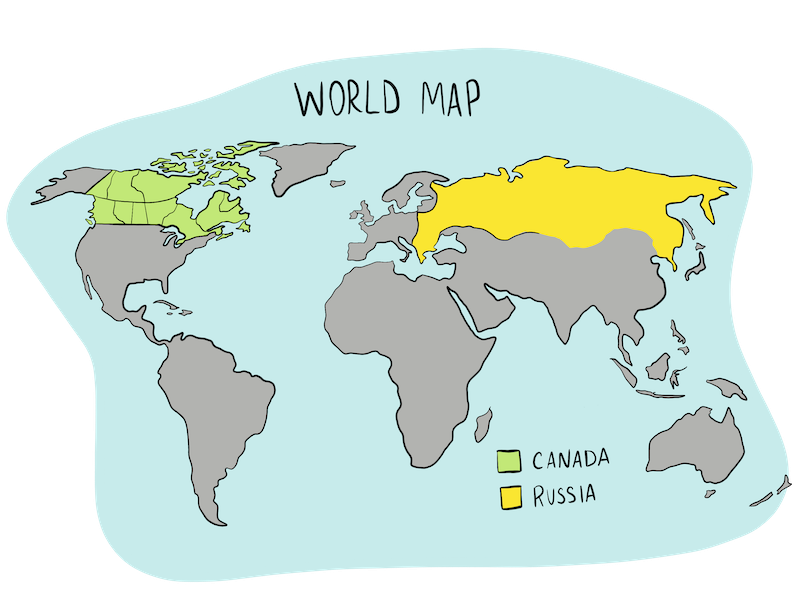 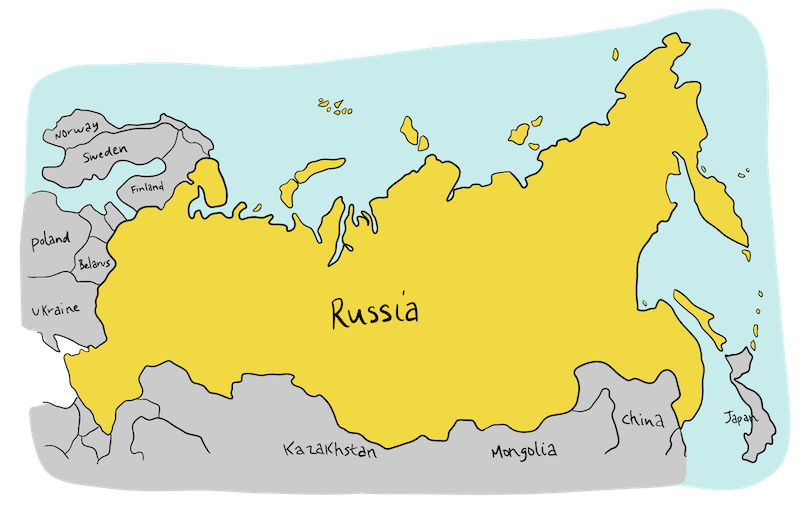 A map illustration of the country of Russia and the surrounding countries. 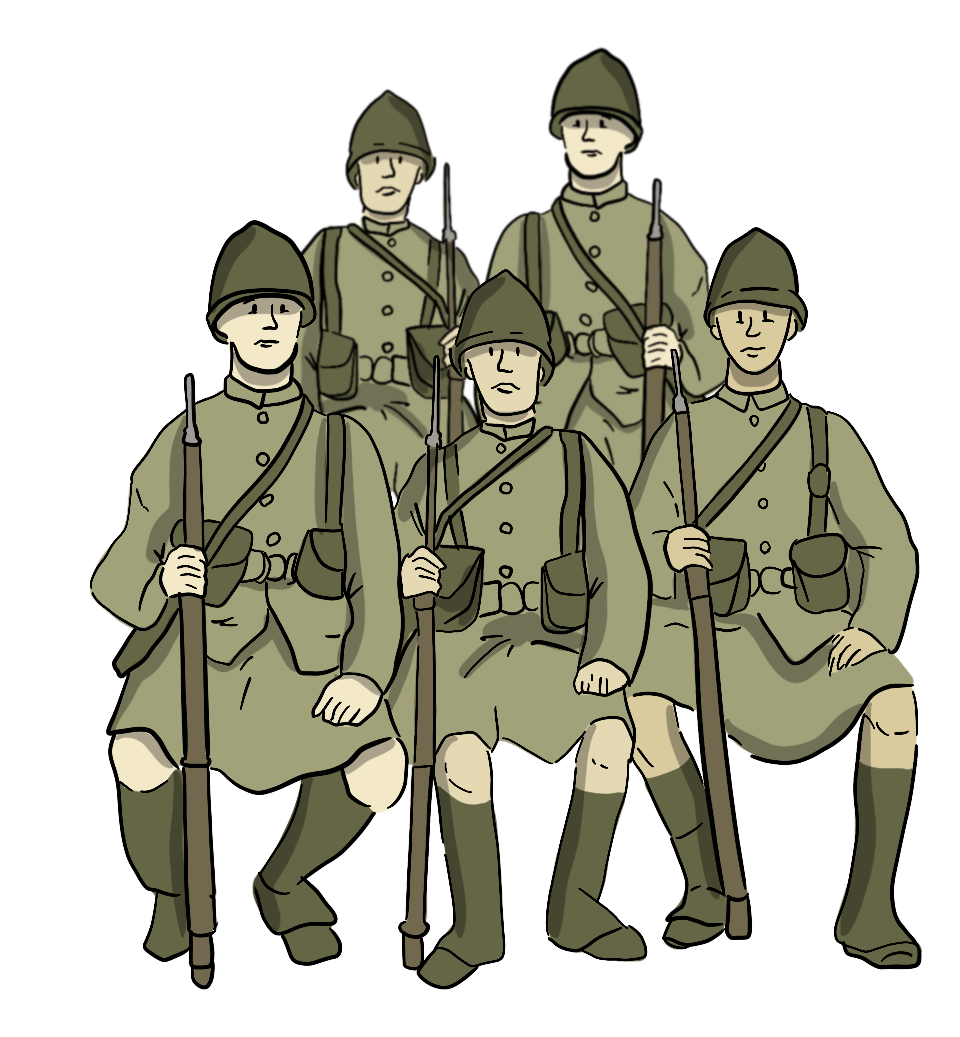 The government required men to sign up for the military.

A large group of the Doukhobors moved to Georgia in the United States. The remaining Doukhobors in Russia resisted the government’s control by refusing to sign up for the military. They burned any weapons they had and they did not participate in contributing to the government’s records by registering births or weddings.

In 1897, the government agreed to let the Doukhobors leave the country, but they had to agree not to come back. They would also have to pay for their expenses to move to another country, and if anybody in their religion was serving a prison sentence, they had to finish serving their sentence before they could move. The Doukhobors moved to Canada in hopes of freely making their own religious choices. This is the view of Gibraltar from S.S. LAKE HURON, the ship that brought the first group of Doukhobors to Canada. A Doukhobor village along the Canadian Northern Railway in 1905.

The government made a ‘Hamlet Clause’ to the Dominion Lands Act to allow groups that wanted to live in small communities. These people would not have to live on the actual farmland, but could live in a village within 4.8 kilometers from their land. This clause would allow the Doukhobors to live in a communal farming village, which was similar to how they lived in Russia.

The Doukhobors adapted to live in agricultural communal villages. Many of them had been peasants in Russia and did not have any education so they were limited mostly to farming as a way to make a living. The women greatly outnumbered the men and would often work together to do most of the farm work. The men would often work to earn additional income off the farm, typically in railway construction jobs. The Doukhobor leader at that time convinced his followers to free their animals and pull their wagons and plows themselves, which made the farm work much harder for these women. 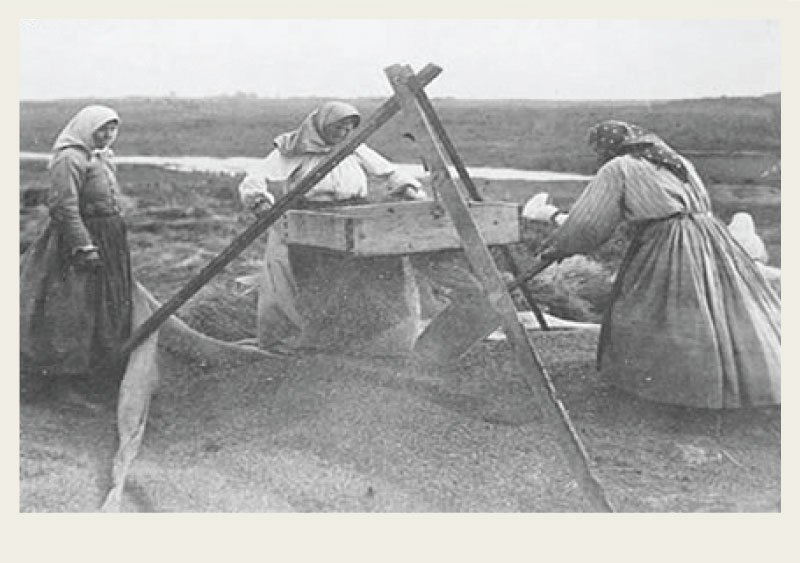 These Doukhobor women are using a winnowing tray to separate grain from the chaff during the harvest in 1899. This photo from the Spring of 1899 shows the Doukhobor men working as railway construction workers.

The Doukhobors settled in four different Colonies. The ‘North Colony,’ the ‘South Colony,’ and the ‘Good Spirit Lake Annex’ were all located in the Yorkton region of Saskatchewan. The fourth colony was called the ‘Saskatchewan Colony’ and was located northwest of Saskatoon.

Women did most of the farm work.

In 1907, the Canadian government cancelled the ‘Hamlet Clause’ agreement they had made with the Doukhobors. This required the Doukhobors to abandon their farming villages for separate homesteads. Some accepted these new requirements and stayed in Saskatchewan on their own individual homesteads. Others chose to resettle in British Columbia, Alberta, or in other regions of Saskatchewan where they were allowed to continue their communal way of living. A group of Doukhobors are pulling a wagon themselves. Their leader convinced them not to use horses or plows.

The Doukhobors were not treated very well by many Canadians, politicians, and the media. People were suspicious of the Doukhobors. They did not trust their communal way of living, they did not respect that Doukhobor women did most of the farm work, and they disliked that the Doukhobors did not send their children to public schools. The discrimination that Doukhobors received when they first moved to Canada was not respectful to their way of life and did not make their settlement in this country go smoothly. Doukhobor women are shown breaking the Prairie sod by pulling a plow themselves at the North Colony.

When the Doukhobors settled in Saskatchewan, they spoke a Southern Russian dialect, but it was influenced by English spoken in Canada. Over several generations, this dialect has been mostly lost and descendants of the original Doukhobor immigrants typically speak English and a standard version of Russian. 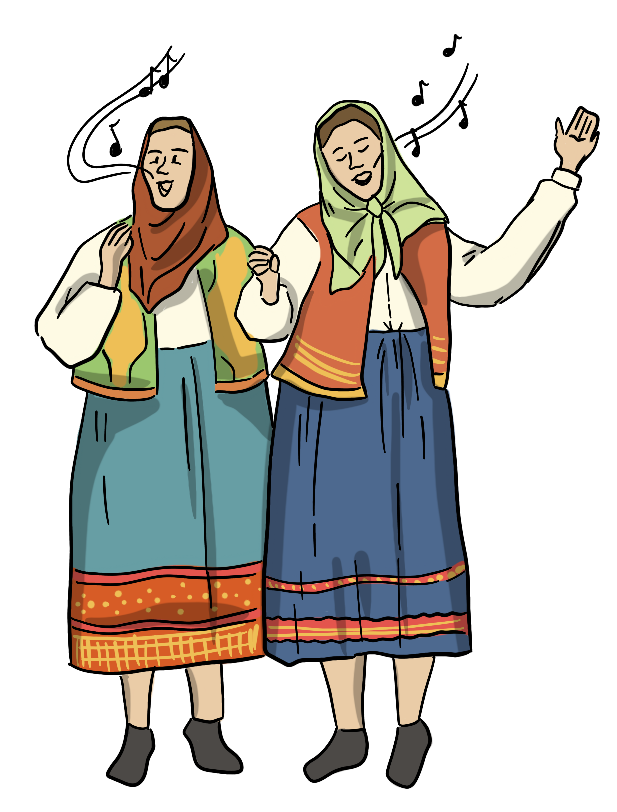 Many Doukhobors stay connected to their culture by joining choirs.

Most of the Doukhobor women that first settled in Canada could weave their own fabric by taking flax that was grown in their fields. The flax fibers were spun into threads and then woven into fabric. Women would then hand sew or use sewing machines to make their traditional clothing. Most Doukhobors adopted Canadian clothing after moving to Canada. However, many Doukhobors would wear their traditional clothing on Sundays or for special occasions.

Many Doukhobors continue to stay connected to their culture by joining choirs, learning the Russian language, joining peace groups, and by maintaining their religious beliefs. 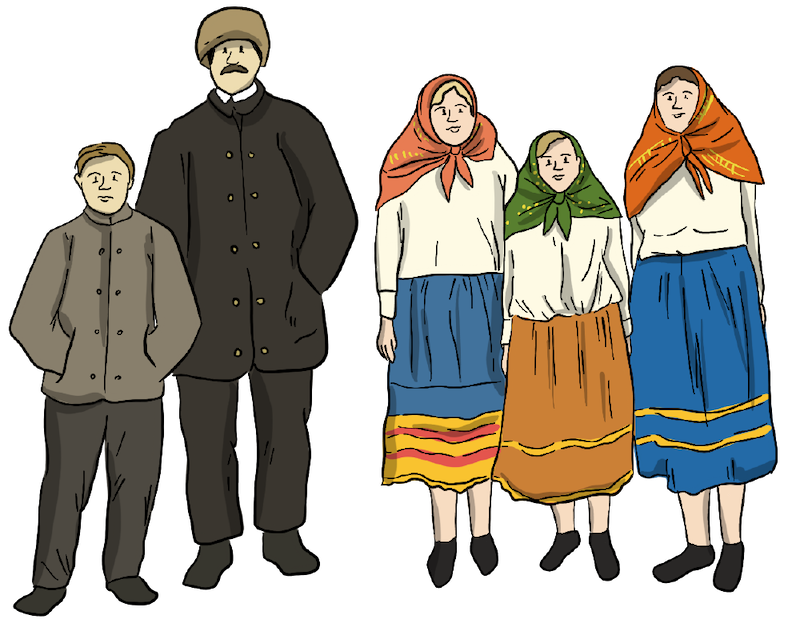 The Doukhobors wore many handmade pieces of traditional styled clothing. 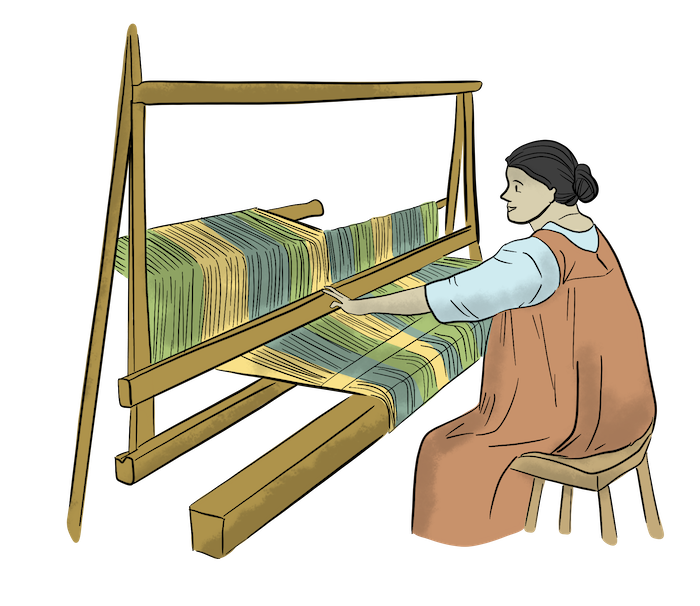 A woman is weaving thread on a loom into woven fabric that can be made into clothing and also used in the house. 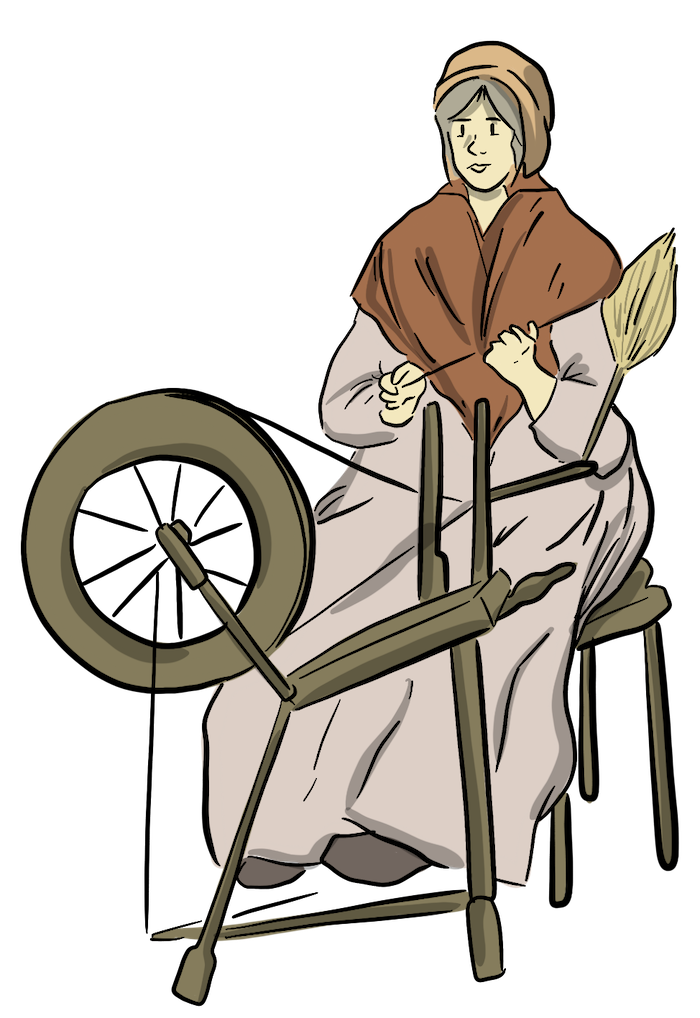 A woman is using a spinning wheel to spin flax fibers to make thread.

This is a short history about Doukhobors that lived simply in communal farmhouses.