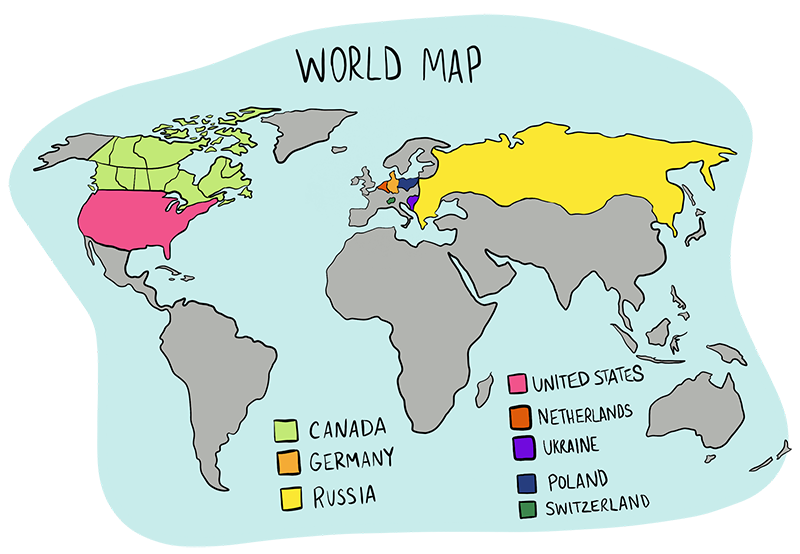 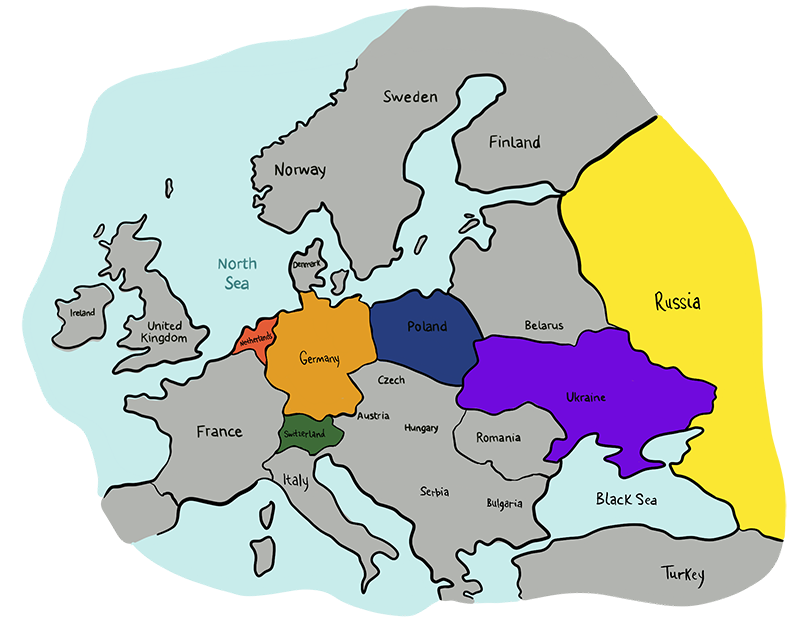 This map highlights the countries that Mennonites traveled from, and the surrounding countries.

Another group of Mennonites called the ‘Dutch-North German Mennonites’ immigrated from Ukraine, which was being controlled by Russia at the time. These Mennonites who lived in Russia in the 1800s were able to practice their own religion, speak their own language, have their own schools, and live peacefully without having to join the army, as they did not believe in fighting. In the 1870s, Russia began to change and wanted the Mennonites to change their way of life as well. This would mean the Mennonite people could no longer live the way they wanted to. A group was sent to Canada and the United States to see if it was possible to settle there. About 18,000 people chose to move. They settled on the central plains of the United States and Manitoba. This Mennonite family built a homestead in Canada.

A few years later, many Mennonites from Ontario, Manitoba, and the United States moved to farming areas in Saskatchewan, building settlements between Saskatoon and Prince Albert.

Another group of immigrants (around 24,000) arrived in Canada from Russia in the 1920s. Most of these immigrants settled in Western Canada along recently completed railway lines. Pioneering life on the Canadian Prairies was difficult, especially for those who had been working professionals in Russia (for example, teachers, lawyers, and doctors) and now had to get used to farming. This man’s great grandfather was born in Germany and moved to America for a better life. He started a dairy farm, which was passed down to this man, who sold it to buy farmland near Webb, SK.

The first group of Mennonite settlers to come to Canada were mainly farmers. They spoke German, and tried to maintain their traditional ways by staying away from other cultures. The Mennonites who came to Canada after World War II were different, as they mostly settled in towns and cities. Mennonite children stand in a farm field while their parents harvest the crop.

The Mennonite people do extremely well in many areas of the arts as it is an important part of their culture. Many are very good writers and a lot of poets in Canada are from Mennonite backgrounds. Music is an important part of church life, and many have developed skills in this area. Mennonites are often talented in the practical arts as well, like woodworking and sewing. Furniture and quilt making are very popular. 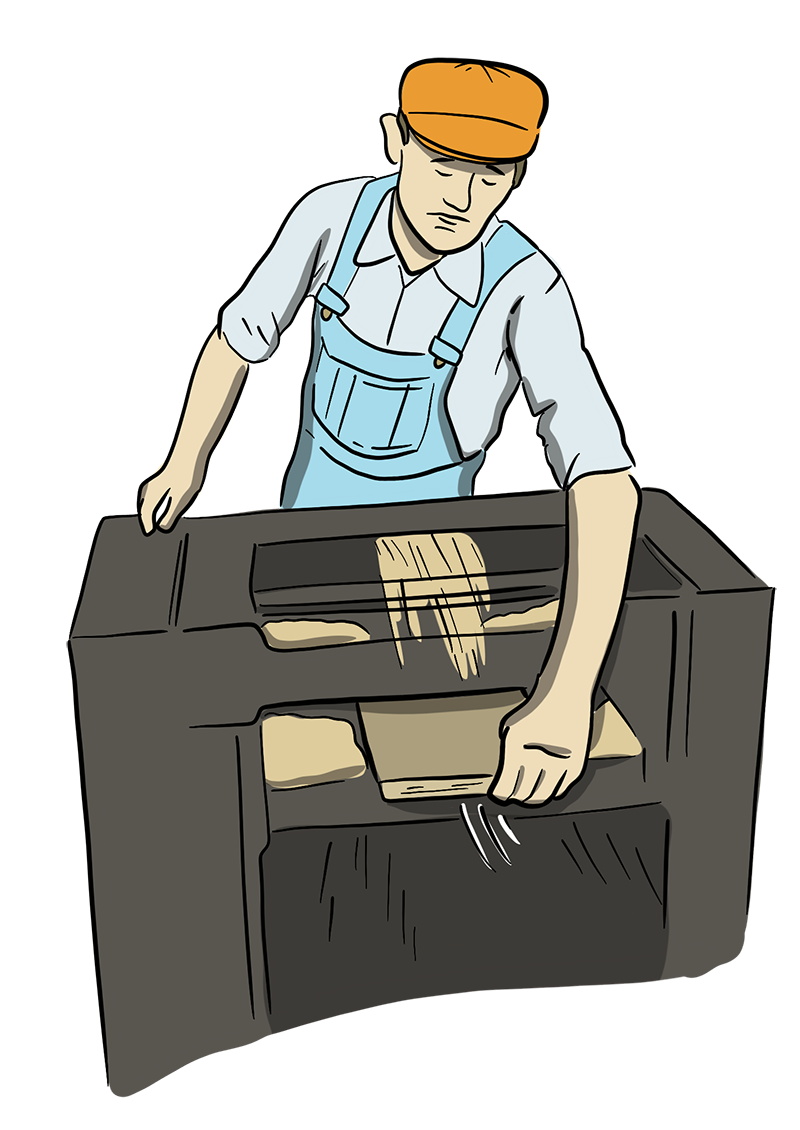 Many Mennonites are talented furniture builders. This carpenter is using a planer to flatten boards before they can be used. 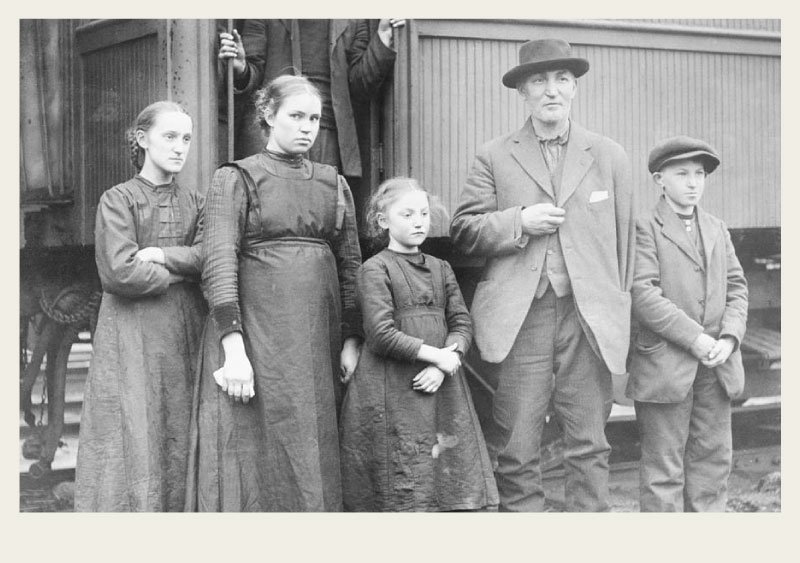 Hutterites are like the Mennonites in that they both came from the same region of the world (Germany and Russia) and they practiced the same religion, but the Mennonites did not settle in colonies and did not share all their belongings. This is a photo of a Mennonite family immigrating to Canada.